Hepatitis E virus (HEV) is an emerging zoonotic pathogen that has been detected in different animal species. A survey study was carried out to assess HEV infection in non‐human primates (NHPs) housed in zoos in Spain. Anti‐HEV antibodies were detected in eight of the 181 NHPs tested (4.4%; 95%CI: 1.4–7.4). At least one seropositive animal was detected in five of the 33 species sampled (15.2%). This is the first report of seropositivity in black‐and‐white ruffed lemurs (Varecia variegata), common chimpanzees (Pan troglodytes), and Barbary macaques (Macaca sylvanus). Anti‐HEV antibodies were found in six of the eight zoos included in the study (75.0%). Seroconversion was detected in one chimpanzee, which confirms HEV circulation in one zoo between 2015 and 2016. Seropositivity was significantly higher in hominids than in other NHP families. HEV RNA was not detected in any of the serum samples tested. The results indicate susceptibility of NHPs to HEV infection. Further studies are required to elucidate the role of these species in the epidemiology of HEV 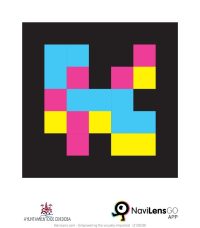